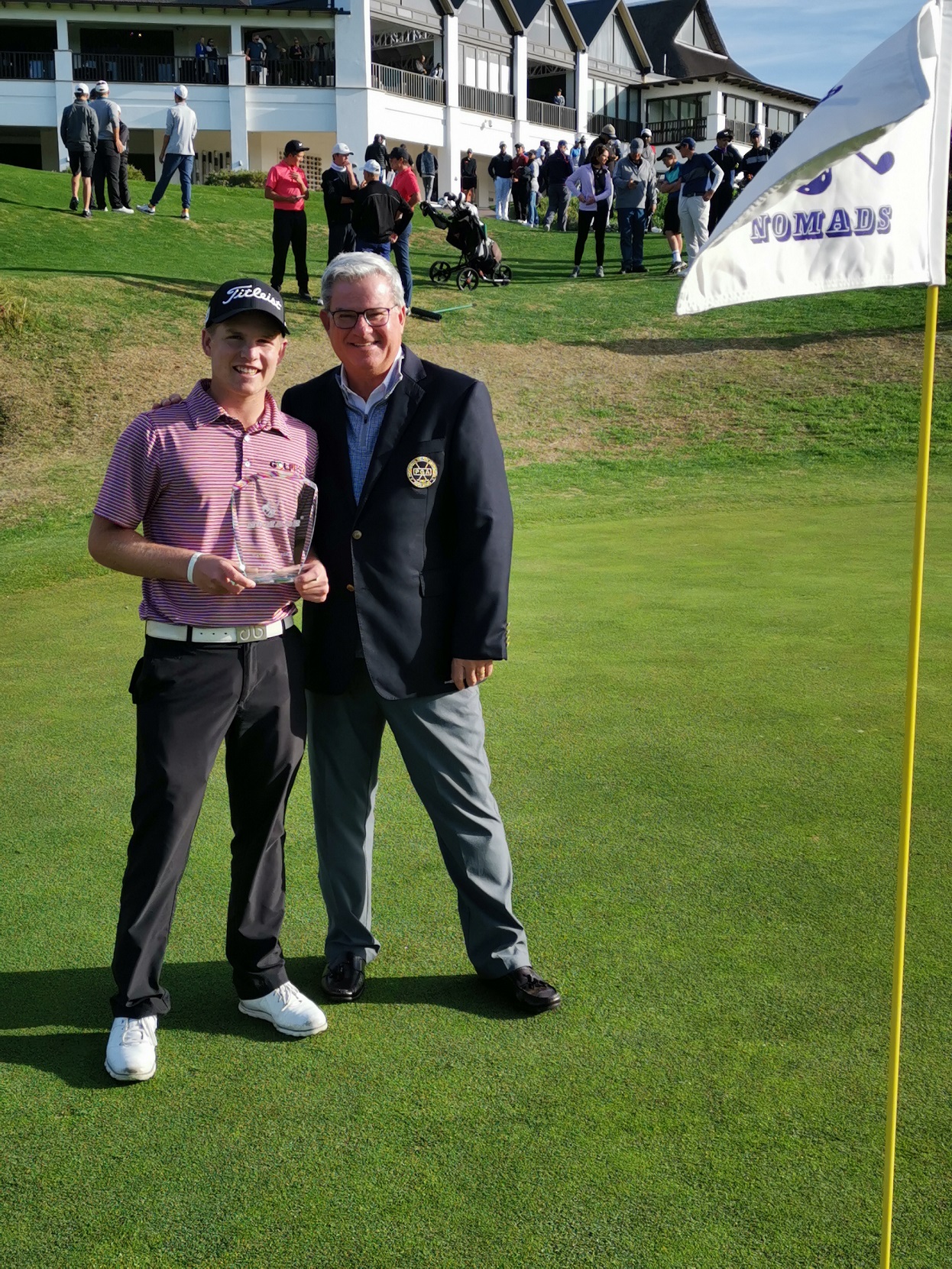 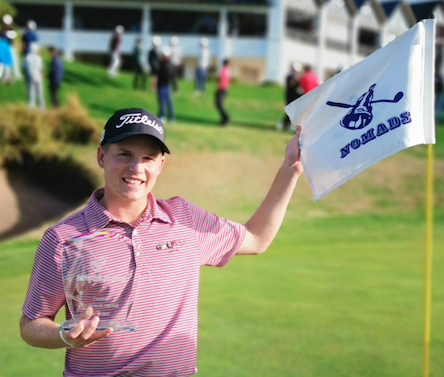 Ben van Wyk got instant redemption with a two-shot triumph in the Nomads National Order of Merit Coastal at St Francis Links just days after faltering down the stretch while in contention in the Dimension Data Junior Open.

The reigning Nomads SA Boys U-19 Match Play champion posted the lowest junior score in the club’s history and equalled an amateur record that stood for 13 years when he fired a six-under-par 66 in the opening round on the Jack Nicklaus signature course.

He backed that up with a two-under 70 to win the title that has eluded him for the last three years.

“It’s an amazing feeling to be back in the winner’s circle,” Van Wyk said. “For the last three years, I’ve led this tournament in the first round and threw it away on the last day. I told myself not this time; not after last week’s disappointment.”

The 18-year-old Fancourt golfer shared the lead with Christiaan Maas going into the final round of the Dimension Data Junior Open at his home course last Tuesday.

He faded just slightly after a double bogey at the third, but kept pace with the Gauteng junior on the Montague course. However, a trio of bogeys over the last four holes put paid to his chances of overhauling Maas for victory.

A share of third was scant reward for the quality golf Van Wyk produced.

“It stung a little bit, but I let it go because I love St Francis Links. I’ve always played well here and I knew if I made a good start, I’d have another chance. That kept me motivated. And the putter was hot on the first day,” he said.

The triumph gave Van Wyk an injection of confidence.

“I am really stoked about this win. This was my last official tournament in South Africa and it’s a great feeling to leave for the United States with two big wins under the belt,” said Van Wyk, who is taking up a golf scholarship at Augusta University in George in August.

“The Nomads events always draws the best junior golfers and to win against the best is pretty awesome. It’s been a great season so far, and I’ll take a lot of confidence to the United States.”

Written and released by Lali Stander on behalf of GolfRSA.