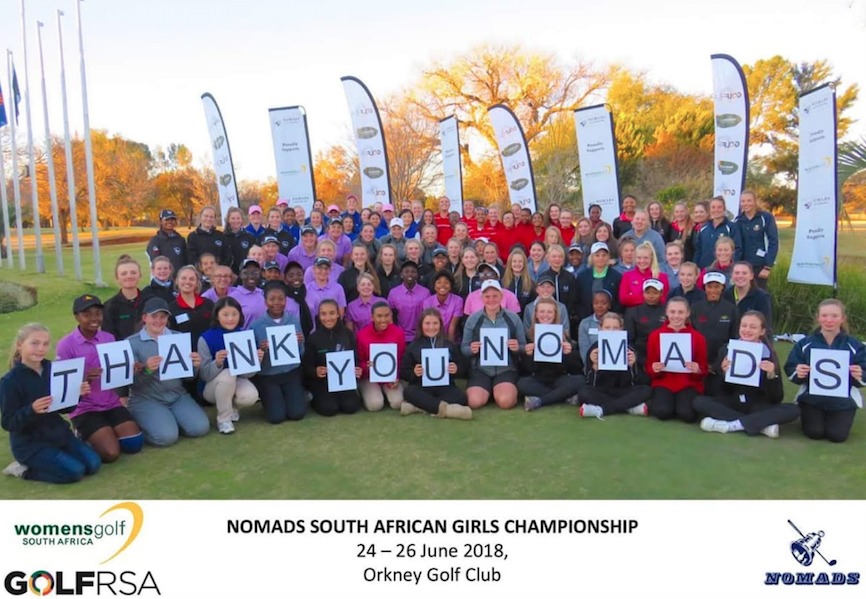 Woo-Ju Son held her nerve brilliantly down the stretch to go wire-to-wire for a second successive time in the Nomads SA Girls Championship at Orkney Golf Club.

Son closed with a one-under 71 to triumph on five-under-par 71 at Orkney Golf Club, two shots clear of Caitlyn Macnab, while Symone Henriques vaulted to third on 216, courtesy of an eagle-birdie finish.

Twelve months ago, South Africa’s leading junior raced to a seven-shot victory earn Son a spot in the starting line-up of the prestigious Duke of York Young Champion Trophy in Britain. “I’ll be heading to Castle Stuart Golf Links in September, but I have to admit that booking the return trip was much harder work this year,” said the smiling Son.

“I am extremely happy and relieved to have won. I struggled with a very cold putter in the second round. It was extremely frustrating at times and I am sure I used my entire quota of patience. 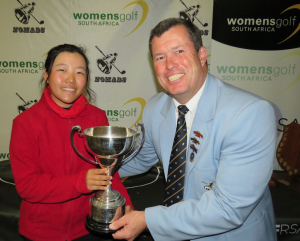 Woo-Ju Son’s win means that she has played her way into the Duke of York Championship in Scotland later this year.

“Caitlyn put a lot of pressure on me. She played extremely well, especially on the back nine, but the putter came to the party today and I made some clutch putts for pars to keep the lead.”

Son took the first round lead with a five-under 67 and held on to pole position with a 73 in the second round, but in-form Macnab was primed to apply some pressure.

The 17-year-old from Ekurhuleni arrived in Orkney on the back of her debut in the Toyota Junior Golf World Cup in Japan and got within a shot of Son with rounds of 73 and 68.

“I birdied the fourth, but gave back three shots at six and seven,” said Son. “I hit a great drive down the sixth fairway and had 90 metres flag, so I wanted to hit a soft gap-wedge, but I hit it too well and flew the green. I couldn’t up-and-down after a poor chip.

“At seven, I had 130 metres to the pin. The wind was really pumping at this stage and it was right to left, so I aimed an 8-iron right of the hole to draw it in. The wind took it right off course and I finished in the water.

“I was able to get back a shot at the par five (ninth) to turn with a one shot lead after Caitlyn bogeyed the seventh.”

Son laid up with a 3-wood at the par-four 13th, hit her second to four metres and holed the putt for birdie. Macnab, who dropped another shot at 10, remounted her challenge with a birdie at the par three 14th.

“I just played for pars to protect my lead,” said Son. “Caitlyn was striking the ball really well and she was starting to get the putter going, so I didn’t want to do anything fancy. We both birdied 17, so I knew I had a good chance of winning with a two shot lead. 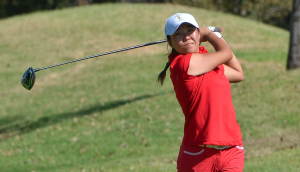 Son opened with a superb 5-under-par 67.

“I had an eight-footer to win, but I hit the putt too hard and it horse-shoed out. Caitlyn missed her par putt, so I just had to tap-in for the win. It was very different to last year, but just as exciting.

“This is a championship every junior girl in South Africa dreams of winning and I’m really proud to be a two-time champion of the most popular junior tournament in the country. I speak for everyone when I thank Nomads South Africa for sponsoring the Nomads SA Girls and for supporting junior golf for so many years.”

Tara Nieuwoudt from Western Province sealed glory in the C-Division with rounds of 44 and 47. The Bellville golfer finished 10 points clear of Nicola Herbst from Boland.

Reagan Woodbridge accumulated 73 points to lift the D-Division trophy. She posted rounds of 35 and 38 to finish seven points ahead of Boland junior Anne-Isabel Scheltema. Erin Barraud from Border was third on 46 points.