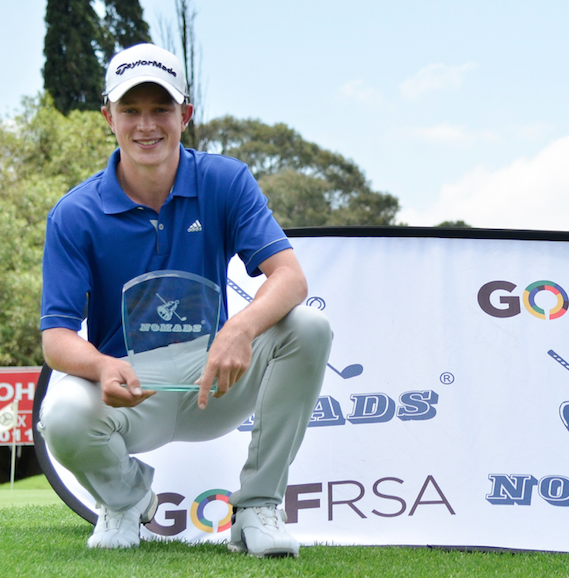 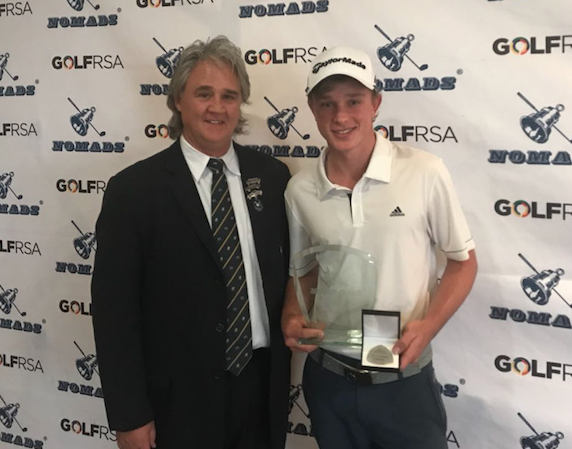 Jayden Schaper, winner of no fewer than eight Nomads tournaments, including the ‘Grand Slam’ of all four national age group titles, has reached No 1 in the men’s amateur ranking.

The 18-year-old reigning SA Stroke Play champion reached top spot after a stunning run of performances that has seen him finish outside of the top 10 just once in his last 24 starts – dating all the way back to July last year.

Within this incredible spell of consistency are eight tournament wins – including the Nomads North and South Junior Championship and the Nomads Inland NOOM.

Schaper has been something of a poster boy for Nomads events, having won his first event – the Nomads SA Under 13 Stroke Play – back in 2012. Since then he has won another seven Nomads titles and recorded nine other top-10 finishes in Nomads events.

There is little doubt that Jayden Schaper is destined for great success, and the role that Nomads has played in his rise to the top should not be underestimated.

“I’m really proud to have reached No 1,” he said. “It has been a goal of mine for a long time and to finally reach it is very special.

“I’m so grateful to Nomads for their role in junior golf development. I absolutely love playing the Nomads events and I’ve had a lot of success in them – all of which has played a crucial role in my getting to where I am.”