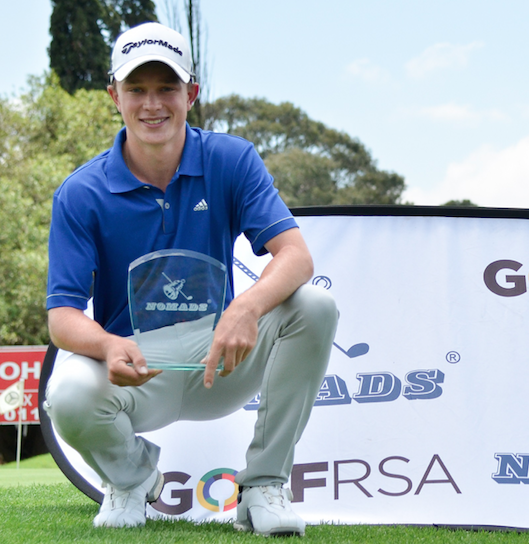 Schaper on top in Nomads NOOM 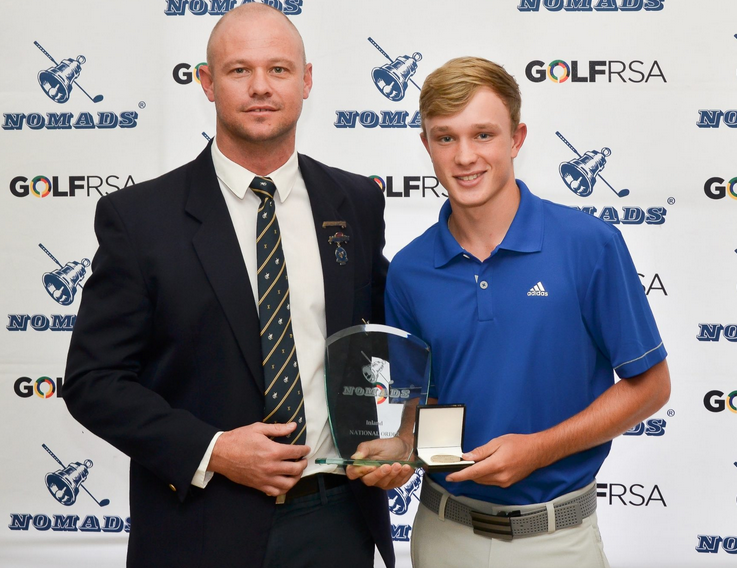 Ekurhuleni junior Jayden Schaper cemented his number one spot in the Junior Rankings with a two-shot victory in the Nomads National Order of Merit Inland.

South Africa’s top ranked junior made South African golfing history in 2017 when he became the first player to win all four Nomads SA Boys titles, but the winner’s circle proved elusive in 2018 until he edged out Cole Stevens in the Nomads North and South Junior in August last year.

A tie for second in the Joburg Junior Open in early December signaled a return to form and just a week later, 17-year-old Schaper led Ekurhuleni to successive victories in the SA Under-19 Inter-Provincial Tournament. He played a captain’s innings at Benoni Country Club that earned him the top spot alongside Christo Lamprecht on the Most Valued Player’s list.

Schaper was delighted to start the 2019 season on a winning note.

“I got off to a pretty rough start, but the three birdies in a row from nine gave me some great momentum,” he said. “I took advantage of the par fives and made a great birdie at 11.

“I hit a nice, big drive down the middle of the fairway. The pin was just tucked over the greenside bunker. I had 82 metres to the pin and I hit a soft lob-wedge that pitched at the back of the green and spun back to six foot.

“I made a silly three-putt bogey at 12, but holed a chip from the back left of the green on 13 that kept me going. From there I just kept the ball in play to keep some pressure on Yurav.”

At the closing hole, Premlall had a chance to force a play-off after Schaper blocked his tee shot at the closing hole into the trees on the right. However, his second shot veered left into the reeds and he had to take a penalty drop.

Schaper left his approach 10 metres short of the green and chipped to six foot. Premlall hit his fourth shot from 175 metres out to 10 foot and made the par putt, leaving Schaper to putt for the win.

“My goal for the final round was to try and close the gap and to put pressure on Yurav, because I’ve been in the same position a few times over the last two years,” he said. “I’m really chuffed to win again this early in the season. There is still a lot of work to do, especially with the putter, but I’m looking forward to it.”

The GolfRSA National Squad player has set himself some lofty goals for the season.
“My goals for 2019 is to keep my number one ranking and win some junior events, so that’s one down already,” Schaper said. “I would also like to improve my Open Amateur ranking and get to number one or two this year.

“I gained a lot of experience during the GolfRSA National Squad Tour last year, and I’d love to make the group chosen for the United Kingdom again. One of my goals is to play the Amateur Championship, now that I have a bit of experience from last year. And finally, my biggest goal is to qualify for the International Team again for the Junior Presidents Cup by the end of the season.”