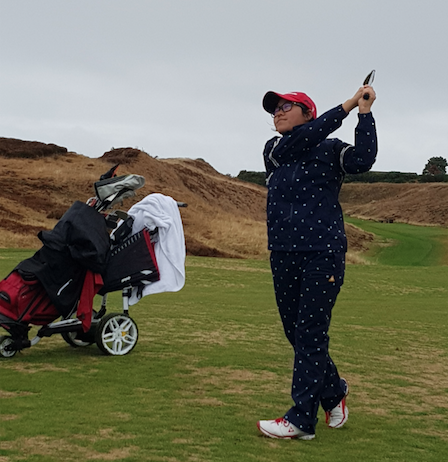 South Africa’s Woo-Ju Son claimed a battling top-10 finish in the Duke of York Young Champions tournament at Castle Stuart in Scotland. Son, who qualified via her victory in the Nomads SA Girls Championship earlier this year, battled her way through very difficult conditions on the Inverness, Scotland course, as high winds and rain made conditions very difficult for the field of 54 international players from 30 countries. 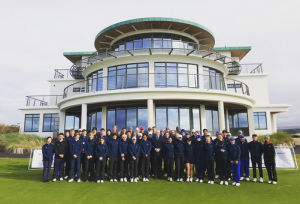 “I can honestly say I have never been on a golf course in the weather we endured today,” explained Womens Golf South Africa president Sally Greasley after the second round. “The force of the wind was such that Woo-Ju and her playing partners could literally not hold themselves still enough to putt. Trolleys were being blown over, the flags were nearly horizontal to the greens and balls were rotating and in some cases moving off the green.

“I am incredibly impressed with the way Woo-Ju kept her composure throughout what was, quite frankly, the worst conditions I have ever experienced on a golf course. A rules official from the R&A remarked that if this was The Open, play would continue, but that was of little comfort for the players who walked off the course soaked to the skin and very cold.” 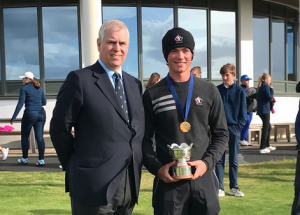 While Son finished in a tie for 10th, the event was won by Chris Vandette from Canada, with a score of 226. Vandette’s final-round score of 71 was the only score under par on the last day and saw him force a playoff with Ireland’s Joseph Byrne, who shot a final-round 77. Vandette made a birdie on the second playoff hole to seal the win.