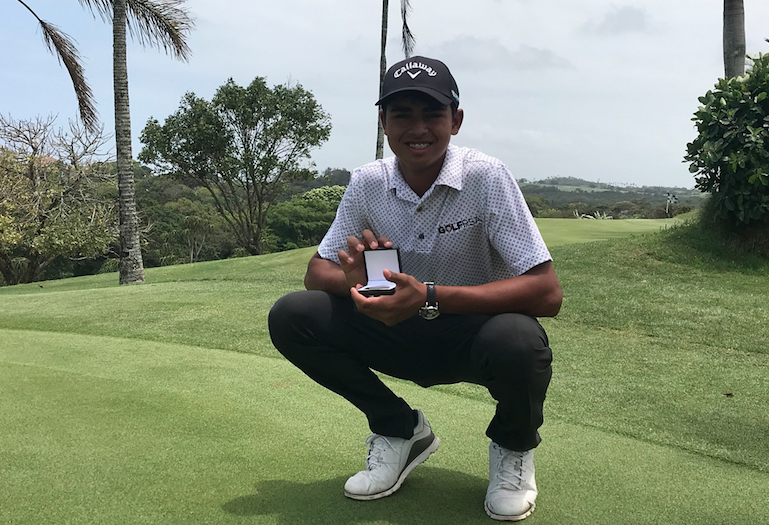 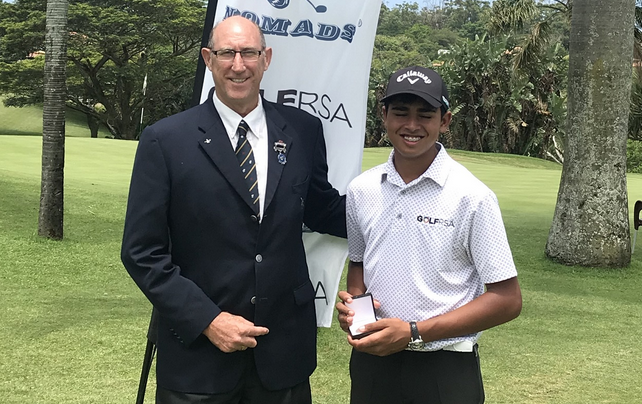 Ekurhuleni junior Yurav Premlall picked up right where he left off last year and collected his fourth trophy in as many months when he won the season-opening Nomads National Order of Merit Coastal on Friday.

The 15-year-old Glendower golfer won by three shots on one-under-par 212 after posting rounds of 77, 67 and 68 at Umhlali Country Club.

Premlall lagged eight off the pace after the first round, but a putter change brought a change in fortune. “I put my old Odyssey putter back in the bag, and immediately putted with more confidence in the second round,” he said.

Premlall fired six birdies in round two and reduced the gap on 36-hole leader Marcus Taylor to three shots. However, two quick birdies at the second and third boosted him to the top of the final round leaderboard.

“The wind was really strong; a 3-club to 4-club wind at times, so you had to leave the driver in the bag, because it’s such a tight layout,” he said.

“I hit a 2-iron down the middle at the second, a gap-wedge to 25 foot and holed a pretty long one for birdie. I went with 2-iron at the third as well, but I pulled it slightly. I had a gap in the trees, though, so I hit sand-wedge from 130 to a foot and a half.”
That took him to level and he hit red figures for the first time with his third gain at the par-five fifth. He took advantage of the wind at 10 and cemented his lead with an eagle at the par-five.

“I hit a good tee shot and had 192 metres left to the pin,” he said. “I thought I hit my 6-iron too fat, but it turned out okay, and I boxed the putt to get to three-under. Unfortunately I misjudged the wind at 11 and dropped a shot.

“I hit a grip-down 6-iron, but I missed the green on the right. I chipped it on but two-putted. I made some good par saves at 12 and 14, but let another one slip at 15 when I overcut a 4-iron around the trees.”

The GolfRSA National Squad player enjoyed his first success on the national junior circuit with his breakthrough victory in the Cape Town Junior Open on the Sunshine Tour Junior Series in October.

Just two weeks later, he won the Gauteng North Silver Salver on the Open Amateur circuit and underlined his blossoming talent with his second Open Amateur win in the Central Gauteng Open.

In December, Premlall won the South African Open Qualifier at Country Club Johannesburg, becoming the youngest amateur to qualify for the national championship. He was also the youngest to make the cut, and finished the weekend in a tie for 43rd.

“That first win in Worcester opened the door,” said the GolfRSA National Squad member. “It gave me a lot of confidence and self-belief. It changed my mind-set. Since I lifted that first trophy, I don’t doubt myself as much. I started believing that I can win every time I tee it up. Of course you won’t win everything, but you believe you can every time you tee it up. That’s been the difference.”

Meanwhile Royal Johannesburg and Kensington junior Kian Rose followed successive rounds of 71 with a final round 73 to take second on two-over.

Ryan van Velzen from Benoni Country Club closed with an even-par 71 to finish in third on his own on three-over. Tyran Snyders from Durbanville Golf Club and Pinnacle Point’s Jordan Duminy finished a further shot adrift in joint fourth.