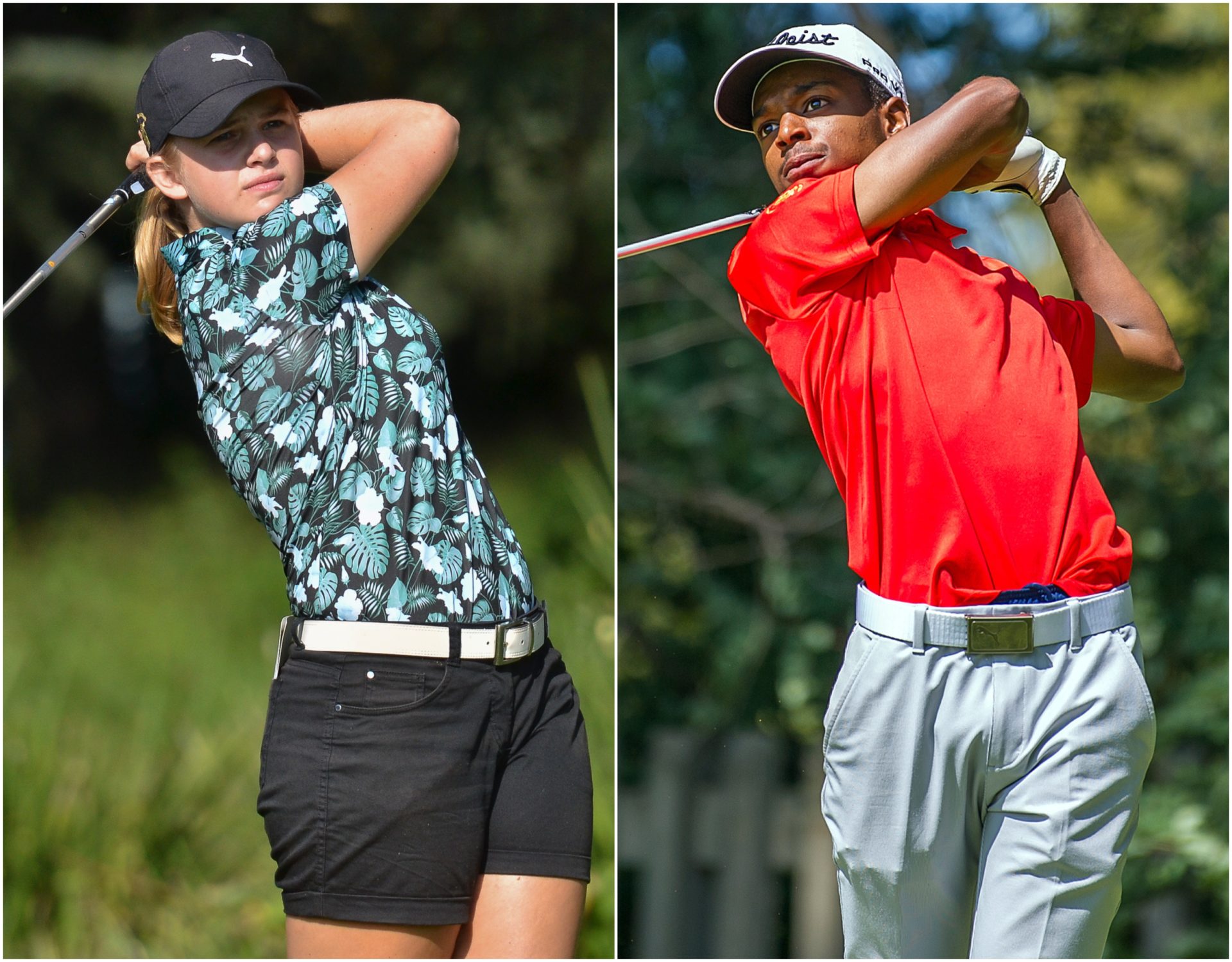 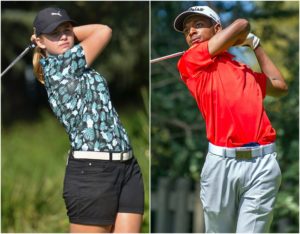 Kera Healey and Carl Mwale claimed the biggest wins of their young careers when they captured their respective divisions of the Nomads South African Juniors International at Rondebosch Golf Club.

Carl Mwale and Kera Healey claimed the biggest wins of their young careers when they captured their respective divisions of the Nomads South African Juniors International.

Healey went wire-to-wire at Rondebosch Golf Club, courtesy of a flawless seven-under-par 65 in the opening round that earned her an eight-shot lead on the field.

“It was the lowest round in my career and it was just amazing. I was sinking putts from everywhere and if I missed a green, I would up-and-down to save par. It definitely set me up for the win,” said the 17-year-old Healey.

The reigning GolfRSA Ladies Club Champion of Champions ground out a 74 on a much tougher scoring day in the second round to stay at the summit, but was struck down with stomach cramps on the final day.

Despite the discomfort, Healey stuck it out and still managed to enjoy a comfortable four-shot victory over Bobbi Brown from Western Province and Boland’s Megan Streicher with a final round 78.

“When I came down here I was thinking anyone could win this, so why couldn’t it be me. The first round everything just went my way, and I just stayed very patient in the second round. I scrambled well to hold on to the lead and I was feeling positive coming into the final round.

“When the cramps hit, I was determined to play through the pain, because I don’t like pulling out of competitions. At one point I was doubled over from the cramping and I’m really proud that I kept fighting and got the win against a really strong field.

“It’s amazing to get a big international win like this so early in the season,” Healy said. “With the Nomads SA Girls Rose Bowl Championship just two weeks away, I hope I can get over the stomach bug quickly. This win has given me a lot of confidence and I definitely want to shoot for back-to-back Nomads wins at Kloof Country Club.”

Mwale’s path to victory was a much tighter affair, with the final group of three players all having their chances to claim the win.

The 17-year-old tapped in for bogey on the 54th hole to sign for a final-round 74 that was good enough to edge Travis Proctor and Malan Potgieter by a single stroke. He finished on three-under 213 with rounds of 70, 69 and 74.

“The wind was a bit stronger today and we were all feeling some nerves because we were playing in the final group,” Mwale explained. “I had a couple of bad holes, but I kept my composure through the whole round and 74 was the best score I could have shot today. I’m delighted to have won.”

The South African Golf Development Board golfer led by two shots at the turn, but dropped shots at the 11th and 12th brought him back into a tie for the lead. “That changed my mind-set,” he said. “I said to myself, ‘OK, so now you are level. You need to do something special.’”

He came back with birdies at the par-five 13th and the par-four 15th and when Potgieter bogeyed the 16th, Mwale’s lead was back to two, however, an errant tee shot on the par-five 17th had him under pressure once again.

“I was so stressed walking up to my ball not knowing if it was out of bounds,” he said.

“Luckily I found it and managed to punch it out and I made a comfortable par. That point was probably the happiest I’ve ever felt in a round in my life.”

Mwale could even afford a bogey on the last as he wrapped up his first national win and his first Nomads title, which comes just two weeks before the Nomads SA Boys U-19 Stroke Play Championship.

“Nomads sponsor so many great tournaments on the junior circuit and we all strive to win at least one Nomads event in our junior careers,” he said. “I’m so grateful that I could come down here and get my first Nomads win.”

Looking ahead, Mwale is aiming to take advantage of the opportunities brought to him by SAGDB and the GolfRSA National Squad.

“Being part of the National Squad has been a goal of mine since I was 14, because that’s where your elite golfers are,” he said. “Not just good golfers, but gentlemen who have respect for the game. I’m proud to be in the GolfRSA National Squad because I am seen as one of those gentlemen.

“I’d love to stay in the form I’m in right now but I’m not afraid of having dips in form. Dips are where you learn the most about your game and I know that when I come out of the dip I will have grown a bit more and be a better player.”

This year marked the ninth edition of the South African leg, and the first of three years with Nomads backing the highly-rated amateur world golf ranking event.