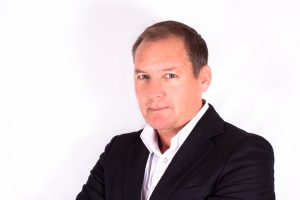 GolfRSA CEO Grant Hepburn recently addressed the golfing industry in an email, thanking them all for their role in helping develop our young champion golfers.

In the letter, Hepburn singled out Nomads for “providing both financial and administrative support to GolfRSA, investing in our boys and girls and providing wonderful opportunities for them to develop into the fine players we see today.”

Since GolfRSA was officially launched two years ago, under the leadership of honorary Nomad Hepburn, we have enjoyed a stronger working relationship between Nomads and GolfRSA.

You can read the full statement from Hepburn below:

Last weekend was an extremely proud one for South African golf. Our very own Jovan Rebula won The Amateur Championship at the classic Royal Aberdeen venue in Scotland, becoming the first South African to do so in 52 years. Although this performance represents the peak of amateur golf, it finds its roots in the South African golf industry as a whole. 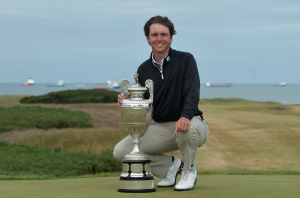 Thanks to a generous contribution from Mr Johann Rupert, GolfRSA was able to create a National Squad of players a little over three years ago. It has taken us some time to establish what works best in a squad environment and we still have more to learn, but we have made steady progress.

This year we sent 10 players to the UK and Ireland, over a six-week period, to play in various tournaments, but also to have some practice rounds at Carton House, the venue for this year’s Eisenhower Trophy, which is regarded as the premier amateur team event for countries around the world. Besides sending support staff, we also sent our coaching and fitness experts with the players in order to help them be fully prepared. The schedule of tournaments also included numerous practice rounds on links courses in order to expose our players to that unfamiliar style of golf.

We are immensely proud that besides Jovan’s Amateur Championship victory we also had Wilco Nienaber winning the strokeplay qualifier at The Amateur, giving South Africa a unique “double” victory in the event. Further success came from Christo Lamprecht, who won the East of Ireland Championship, while Wilco lost to a chip-in in a playoff for the English Amateur Stroke Play Championship (Brabazon Trophy), another huge tournament. 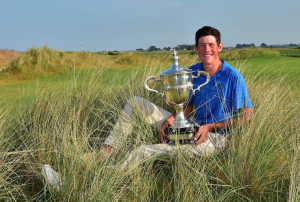 In addition, no fewer than six players progressed through qualifying into the Amateur Championship Match Play, while GolfRSA players achieved top 10s in the Irish Amateur (Chris Woollam and Matt Saulez) and the St Andrews Links Trophy (Lamprecht).

Equally pleasing is that GolfRSA also received letters from hotels, individuals and the R&A congratulating us not only on the performance of the Squad, but also the behaviour and team spirit within the Squad, which makes us tremendously proud. 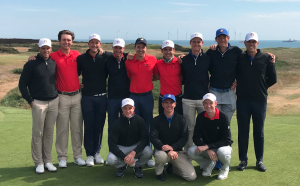 So many people and organisations within our golfing landscape play a role in the development of these players that represented us in the UK. Our golf clubs provide wonderful courses and environments for these youngsters to grow up in and learn to play. Club competitions lay the groundwork for competitive development. SA Kids Golf provides a platform to take competitive play to another level and, in turn, the golf unions run tournaments around the country for children and adults of all ages. The PGA of South Africa trains coaches and fitness experts in the industry to give world-class advice and lessons to our players.

Nomads provides both financial and administrative support to GolfRSA, investing in our boys and girls and providing wonderful opportunities for them to develop into the fine players we see today. The Sunshine Tour provides funding to development programmes, as well as junior tournaments, and also invites our budding professionals to play in some of their high profile championships.

The South African Golf Development Board and the South Africa Disabled Golf Association provide opportunities for youngsters to get into the game of golf and ensure that a healthy grassroots programme exists in the country. At a higher level, we have world-class golf academies run by our PGA professionals as well as universities. The Ernie Els and Fancourt Foundation provides a stepping stone for players to further their golf careers – Jovan in fact being a graduate of the EEFF.

GolfRSA runs national tournaments for all ages to compete in and refine their games. In many instances, people within these organisations, unions, clubs and academies are volunteers that give up their time and effort for the good of the game.

Our strength is in our unity and our dedication to making this game bigger and better.