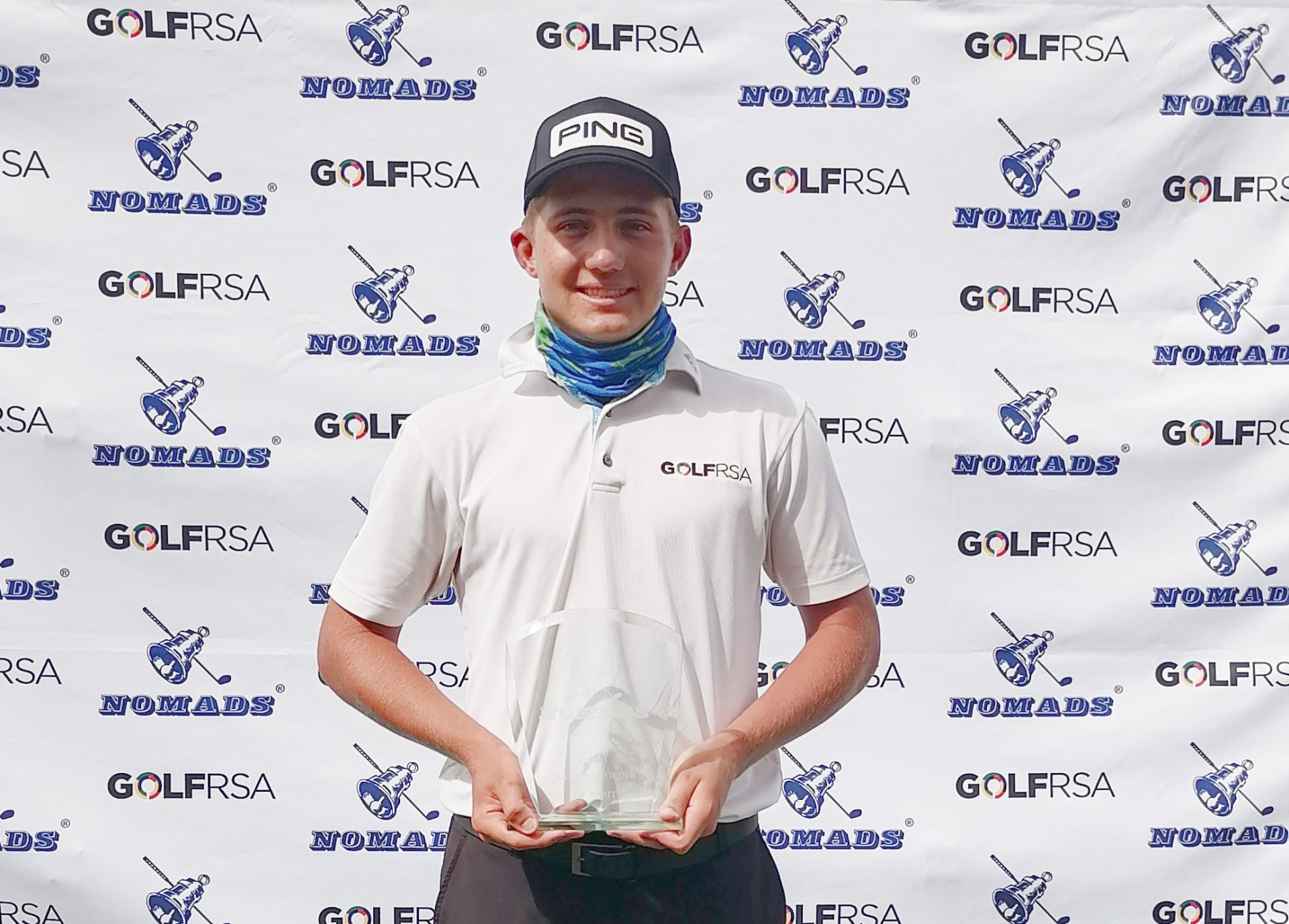 Maas opened with an impressive four-under 68 to take a share of the lead with Christopher Bagnall , but blitzed the course in the second round, signing for a 9-under-par 63 and a 13 under par winning total.

The Pretoria Country Club golfer offset two bogeys on day one with a six-pack of birdies and surrendered just one shot in the final round as he charged his way to victory. A successful title defence also guaranteed that Maas remains firmly planted in fourth place in the GolfRSA Under-19 Junior Rankings.

The youngster has been in sublime form since competitive golf resumed in September last year, racking up six titles, including a runaway 12-shot victory in the GNGU Silver Salver at the end of October, and winning the South African Open Championship qualifier at ERPM in December.

“I was very happy with the way I struck the ball during the tournament,” said Maas. “I didn’t have a lot of chips, because I hit a lot of greens and I putted really well on the final day.

“It was great to walk away with another win, but if I’m honest, I was annoyed that the 17th got the better of me again. I messed it up during the qualifier and couldn’t birdie the par five in the two rounds during in the Nomads NOoM. There is still some work to be done, but I will have a chance to fine-tune my game at the Free State and Gauteng North Opens before the South African Swing.”

Premlall, also a member of the GolfRSA National Squad and a three-time winner last season, carded rounds of 69 and 68 for a seven-under total, while State Mines golfer Bagnall eagled the par-5 17th on his way to a final round 73 and third on three-under.