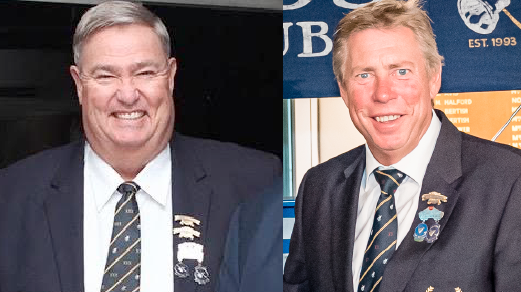 Western Province’s Ken Walker and Boland’s Mark Philp were both recognised for their outstanding service to Nomads when they were awarded honorary life memberships at the recent Buffalo Nationals. Both former National Chairmen are extremely deserving of what is the highest honour bestowed upon Nomads. They become the 14th and 15th Nomads respectively to receive the award. 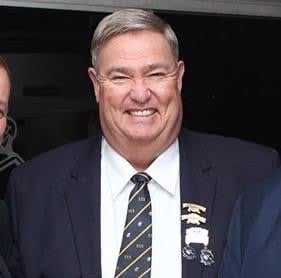 Walker, who first became a Nomad in 1985, is scheduled to play his 400th game at his home club of Rondebosch next month, Corona permitting. He is a former captain of Southern Natal (1992) and Western Province Nomads (2006) and was National Chairman in 2009/10.

He was blown away when he received the award.

“To be recognised as an honorary life member is very humbling,” Walker said. “I’m just the 14th one in history and if you consider that we are in our 60th year, it’s clear that Nomads does not hand out this accolade very easily. It’s a massive honour for me.

“Nomads is not about what’s in it for you. For me, I get huge pleasure out of giving – be it my time or resources – to junior golf or those less fortunate than ourselves through Andrew Mentis. Yes, I’ve met wonderful people through Nomads and I’ve become well connected, but Nomads teaches all of us important values and ethics.”

He has some good advice for new Nomads or those wishing to join the organisation: “Get in and get involved. Nomads is about having fun and we are very privileged that we get to play so many different golf courses, but you will get the most out of Nomads if you give back.”

“I’m overwhelmed and very grateful for the award,” Philp said. “There are a lot of other Nomads before me who have also put in so much effort and probably should have been accoladed for their Nomadic responsibilities.

“Nomads, for me, is like the University of Life. We all learn so much along this journey together and the friendships I have made along the way mean so much to me. I have been involved in service organisations since I was 25 and I do it because I love to give back, nothing else. Even now I try to stay involved where needed, even if it is just in an advisory role.

Philp has some sage words for Nomads, as we fight against challenging economic conditions and a decline in membership. “We are all custodians of the organisation and we have the responsibility of protecting it and all it stands for so that future generations can be a part of it,” he said. “We must all play our part in arresting the slide in membership. We must dive in, do our share and add value to the oragnisation. I’ll always be grateful to Nomads for giving me the opportunity of bettering myself.”