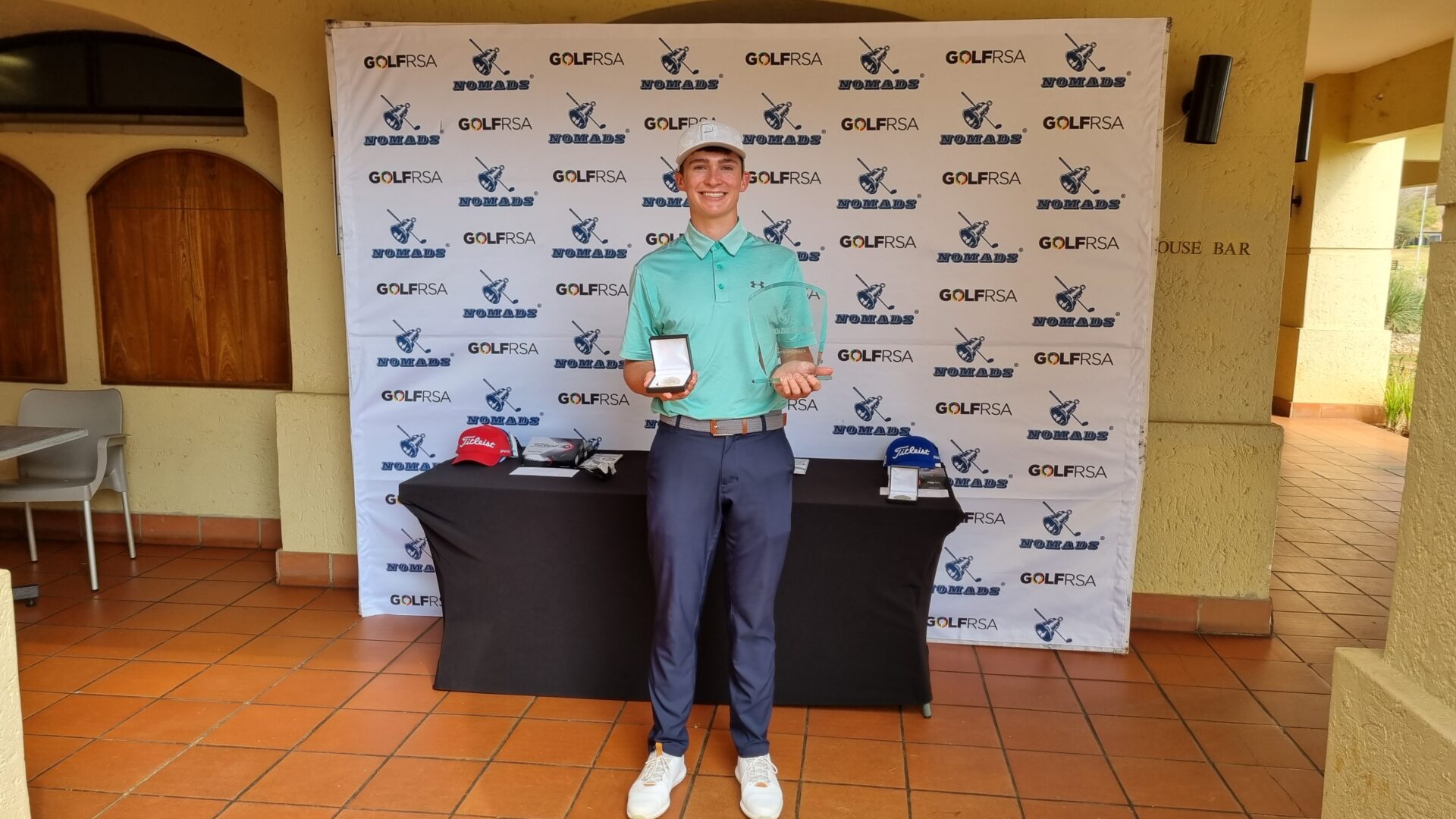 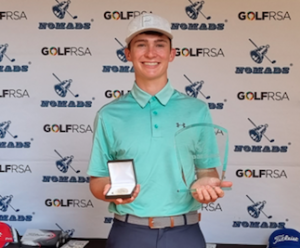 Randpark’s Stefan Jacobs claimed the first national title of his career when he edged Werner Potgieter to the Nomads North and South title at Pecanwood.

The 17-year-old fired rounds of 68, 68 and closed with a 74 to win by a single stroke. Thanks to his two fine opening rounds, where he fired the lowest round on each day, he could even afford dropped shots on the final three holes as the nerves set in, with nobody able to catch him.

Just three players finished in red numbers, including third-placed Tristan Leonard from Silver Lakes, as scoring around the Pecanwood course was somewhat subdued.

The result sees Jacobs rise to 9th in the SAGA U19 rankings.