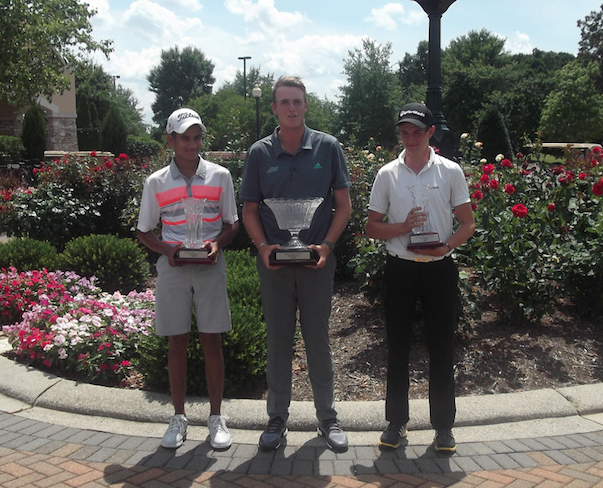 Germishuys success in the US

Reigning Nomads SA Boys Under-19 Stroke Play champion Deon Germishuys continued his remarkable year with an international victory in the 8th Grandover Junior Amateur on the Tarheel Junior Tour in the United States. The 18-year-old from Strand edged compatriot Nikhil Gopal from Victoria Country Club in KwaZulu-Natal to make it a GolfRSA 1-2 finish.

The two Bridge Fund Managers Junior Series finalists competed in the event as preparation for the 40th Junior North and South Championship, which is currently on the go – see live scoring here.

Craig holds on for Nomads U15 title