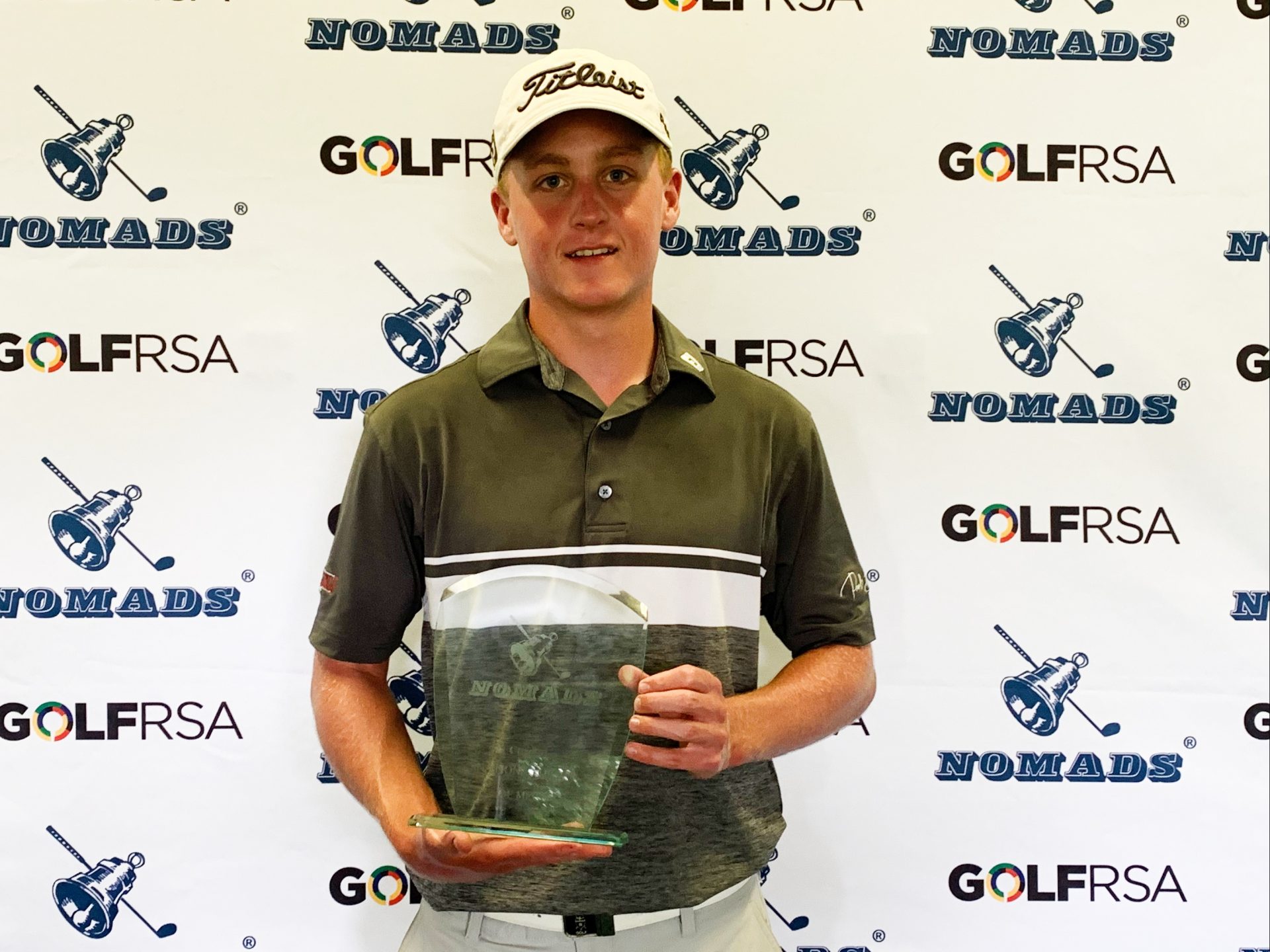 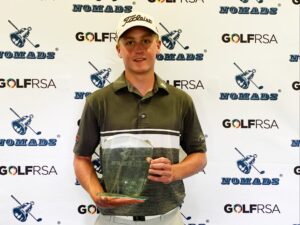 Played under strict Covid-19 Risk Mitigation protocols, this was the first GolfRSA tournament of the year and the first Nomads event since the Nomads SA Juniors International in March last year.

“I am handicapped at Umdoni Park Golf Club, but I’m also a member at Selborne,” Cubitt said. “There were a couple of tricky pins out there. You can’t just fire at the pins. I had play the last nine holes more strategically and stay patient.”

Zimbabwe’s Keegan Shutt set the first round target with an opening one-under-par 71 and Cubitt began the final round two off the pace, but a solid start set the 18-year-old on a winning course.

“I pitched it to 10 feet on the second hole and made the putt and then I wedged it from 90 metres to seven feet on the third and holed it for another birdie. Just the start I was hoping for,” Cubitt said.

“I has soft drops on four and eight, but on 10, I laid up after I drove it left under the trees and hit a great wedge from 94 meters to 12 foot. I holed the birdie putt to get back to one-under.”

Cubitt used his local course knowledge to stay in touch on the back nine as the lead continued to changed hands, with Shutt, Stefan Delport and Jonathan Wilsenach all taking a turn at the top.

Cubitt strung together seven consecutive pars and arrived at the 18th tee trailing leader Delport from Maritzburg Golf Club by one shot.

“Stefan was playing ahead of me and I saw him hit his drive into the hazard on 18. My game plan was to try and drive the green. I decided to stick with the strategy, but I didn’t execute well and ended up just short of the 14th tee box.

“Stefan hit his fourth shot on the green and I thought at the worst, we might have a play-off, but he missed the bogey putt. That took some of the pressure off. I had a gap between the trees to the green, and I chipped through the gap to about six feet.”

The local hero boxed the birdie putt for a two-under-par 70 that netted him a two-shot victory on two-under.

“I am so pleased to start the season on such a high note,” said an elated Cubitt, who matriculated from Westville Boys High last year.

“The plan was to play all the GolfRSA events until I start college in Arizona in August, but with the travel restrictions and lockdowns, I’m not sure if I’ll be able to travel to the States. So to be able to pull this one out of the hat was really amazing. Hopefully I can continue to build on my form and bring a few more trophies home.”