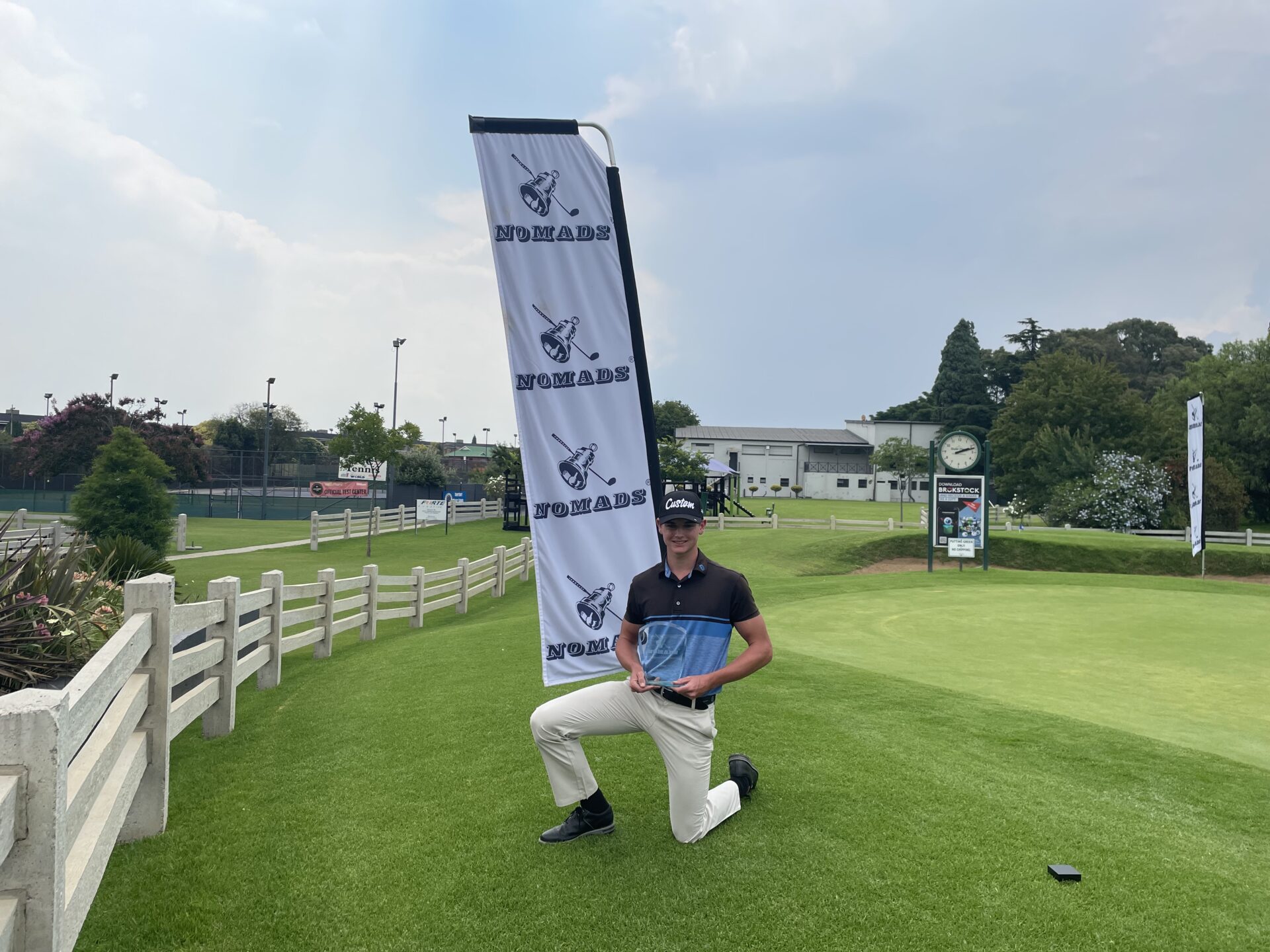 Joshua Koekemoer finally got the win he has been trending towards for the past two seasons when he wrapped up the Nomads Inland Order of Merit event at Benoni Country Club in fine style.

The Silver Lakes junior, now ranked fourth in the South African Under-19 rankings, powered to a four-shot victory over Randpark’s Johan Bredenkamp, who held the overnight lead. His final round 66 included a solitary bogey offset by seven birdies.

“Everything just came together nicely for me today,” said Koekemoer, who had three top-10 finishes in 2021. “I was really driving the ball well, my ball striking was good and I made a few putts. I missed a couple of makeable putts but that’s just how golf is. I’m really pleased with the round and the win.”

“I’ve been working so hard to get to this moment. There have been so many close calls so to finally get the win feels awesome and it means a lot to me and my coach.”

Koekemoer started the final round in third position, two shots behind Bredenkamp and one back from Buchanan.

A fast start, with three birdies in the first four holes, saw the 17-year-old join the pair at the top of the leaderboard. With nine holes to play, Bredenkamp held a two-shot lead, but he slipped from contention with bogeys on the 11th, 17th and 18th.

Meanwhile, birdies on the 10th, 13th, 16th and 17th carried Koekemoer to his first national title.

A birdie-eagle finish by Kingswood’s Keegan Schutt propelled the 15-year-old former Nomads SA U-15 Championship winner into a tie for third on two-under, alongside Jack Buchanan from Milnerton Golf Club, who shot a final round of level par 72.