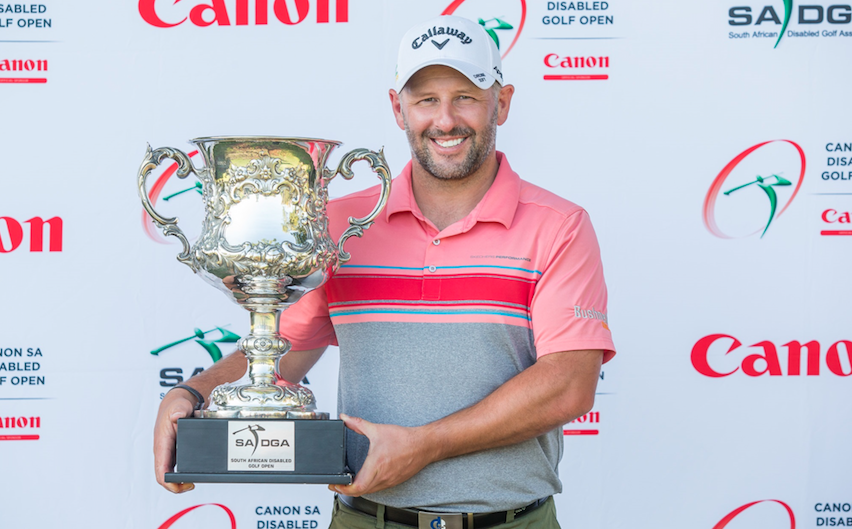 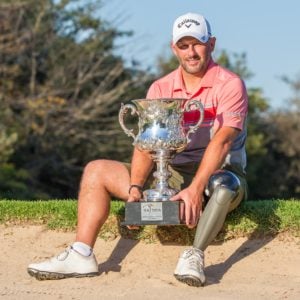 Mike Browne slept on the lead for two nights and on Wednesday, the Englishman finished the job – winning the 21st Canon SA Disabled Golf Open in wire-to-wire style for a second successive year at Magalies Park.

Browne opened the tournament with a two-under-par 70 to share the first round lead with fellow leg-amputee Geoff Nicholas, but Browne left the Australian world-beater behind on day two.

A second round 76 moved the defending champion to two-over-par 146 and he started the final round two shots clear of Nicholas and 10 ahead of South African Les Autres pair Charl Theron and two-time former champion Iglin Grobbelaar.

Browne and Nicholas were evenly matched over the first nine holes, but the 41-year-old former Royal Artillery gunner shifted into high gear on the homeward loop.

He racked up three gains and drained a final birdie putt at the closing hole for a 74 and an 11 shot victory on four-over-par 220.

“I am happy, really happy with the way I bounced back after a truly awful start,” said Brown.

“It all went according to plan in the first round, but the second round was really tough with tucked pins and slippery greens. Then it went sideways this morning. I dropped at five and six and tripled seven and I could just see it all going the wrong way for me.

“You just have to dig in. I started with two straight pars and then I sunk a nice putt for birdie at 12 and I felt that the tide might turn. I hit two great shots into the par five (13) and made the birdie putt and got another one in the hole at 15, but gave it straight back at 16.”

Browne’s birdie putt at 17 pulled up just short, but he hit a good drive down 18 and pitched his approach 20 foot pin high left of the back flag.

“I had a similar length putt last year and it went the distance and lipped out. I’d been leaving putts short all day, so this time I gave it some good pace and it was the best feeling when the birdie putt dropped. 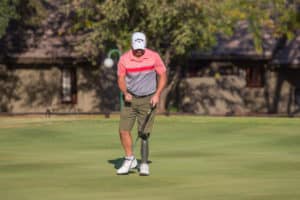 “Sometimes I forget that it’s only been about five years since I started playing golf. Coming back here this year reminded me how much I’ve matured as a golfer in the last year. I’m really proud to be a double winner and to claim some important world ranking points.

“I definitely hope I can come back next year to hunt for a hat-trick of titles. I just love it here. With all the different disability divisions competing in this event, Magalies Park is such a perfect venue and the hospitality is out of this world.

“The course is perfect for this championship; not too long, but a real test. It doesn’t benefit the long drivers, because the greens and the hazards is its defence, so it comes down to skill, short game and course management.”

Nicholas turned five-over and the seasoned veteran dropped another four shots in the first five holes on the back nine, but he rammed home a brilliant birdie at 17. Unfortunately he ended up in the trees with his approach into the final hole.

Showing off the skills that netted him 13 British and United States Amputee Opens, the 57-year-old got on the dance floor, lagged a 60-footer to give and tapped in to seal second with a final round 83. 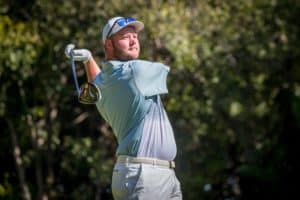 Four-time World One-Arm champion Reinard Schuhknecht led the local challenge. The 28-year-old Heron Banks golfer carded rounds of 80 and 77 and closing 77 lifted him to third on 234.

Theron finished three strokes back in fourth and Grobbelaar rounded out the top five on 243.

Graeme Mazur and Ian Mortimer Jones added to the English celebrations with a one and three finish in the Overall Stableford Division.

Charles Williams made a welcome return to the winner’s circle in the Deaf Championship.

And KwaZulu-Natal junior Sandile Shange – making his second appearance in flagship event – led from start to finish in the Deaf Overall Stableford Division. Shange won by six on 88 points with rounds of 31, 32 and 25.

Written and released by Lali Stander on behalf of the South African Disabled Golf Association.