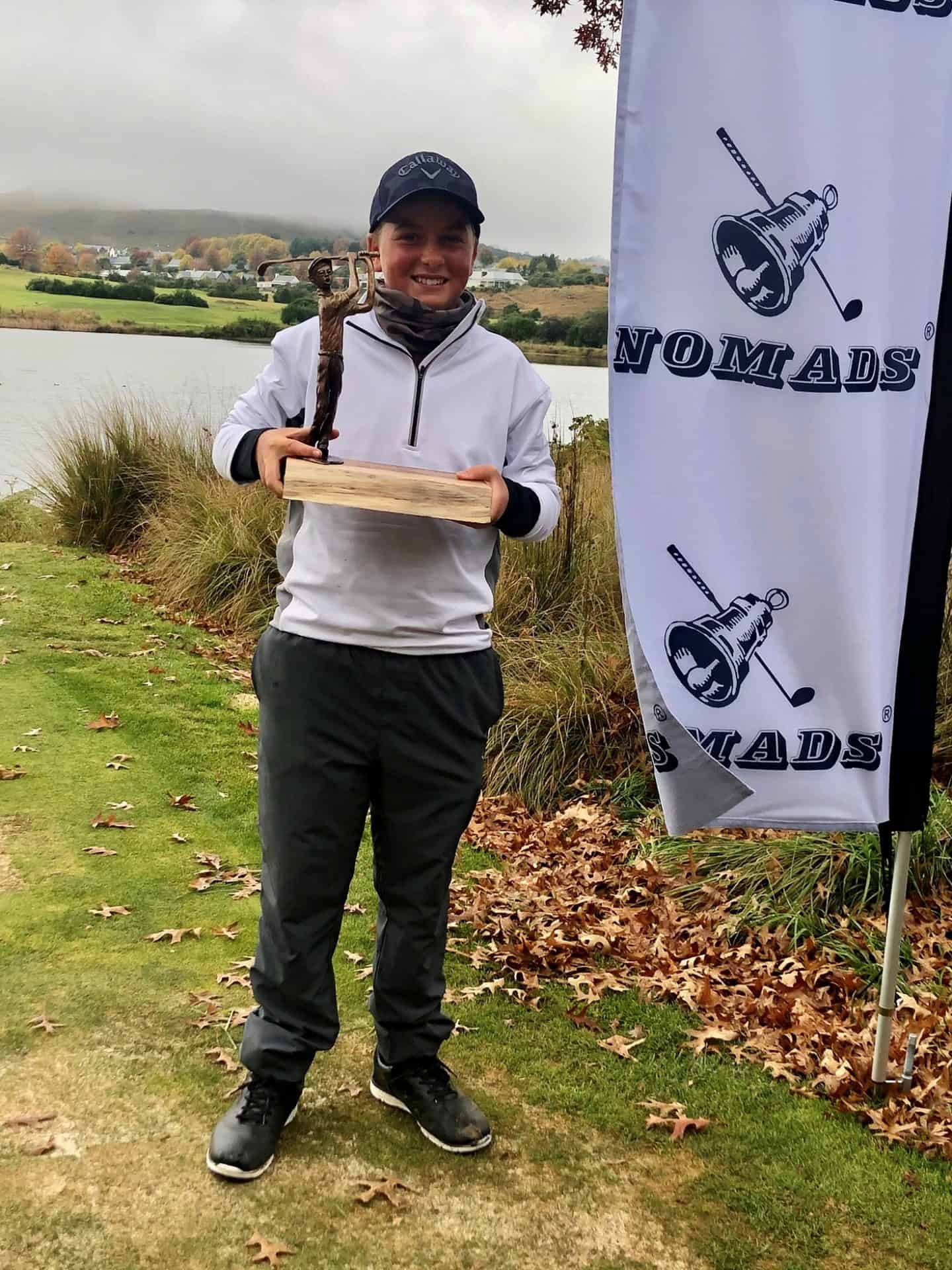 Craig holds on for Nomads U15 title

The field was tested by windy conditions over the first two days at Gowrie Farm Golf Estate and sweeping rain across the KwaZulu-Natal Midlands compounded the pressure on the youngsters on the final day.

The 13-year-old Craig posted earlier rounds of 77 and 76 to start the final day four shots off the pace, in a four-way tie for second with Dian Kruger, Makhama and fellow South African Golf Development Board Aiden Boise on 11-over. 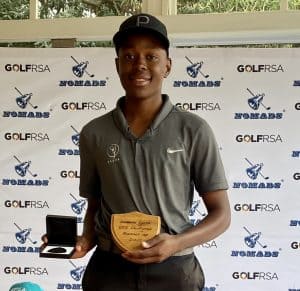 The Silver Lakes junior held his nerve to fire an impressive final round two-under-par 69, edging Makhama by one shot for victory on nine-over.

Lange matched Craig to share the low round of the tournament and placed third on 11-over.

When overnight leader Jean du Toit faltered at the start, Makhama and Lange pounced with early birdies on the second hole. Craig stayed in touch with pars on the first two holes, but he slipped back after a lip-out bogey on the third.

While Lange treaded water with birdies and bogeys on the outward loop, a brace of gains on the seventh and eighth holes propelled Country Club Johannesburg’s Makhama to the summit. Craig responded with three birdies on the bounce from the seventh to pull within a shot of the leader.

“On the seventh, I drove it down the middle and hit a soft sand-wedge from 80m in. It pitched 2m behind the hole and span back 2m past the pin. I had a left-to-right putt and I holed it,” Craig explained.

“The eighth was playing 150m so I took 7-iron and I pitched it right below the hole and boxed the two-metre putt. On the ninth, I went with the 3-wood off the tee and I had 140 yards to the flag. I stiffed a 9-iron and made the putt. Those three holes really shifted the momentum for me.”

Craig briefly edged ahead with a birdie at the par-4 12th, but Makhama birdied the par-5 13th to draw level. Then the SAGDB golfer dropped three shots in succession from the 15th, leaving the door open for Craig to seal the win.

“We all made mistakes coming down the last holes; I think we all felt the pressure over the last few holes,” said the champion.

“I bogeyed 17 after my 7-iron in ballooned in the wind, so I took the safe option on 18 and laid up short of the water. My third hit the slope of the green and spun off, and I ended up three-putting for bogey. Luckily it was still good enough to win.”

The Wanna Be A Champion Golf Academy player was delighted to have achieved a national breakthrough.

“I’m really happy about this win. I started taking golf seriously when I turned 10 and I played a lot of Gauteng North Golf Union junior events. I think they prepared me well for my first national championship.

“I was nervous at the start of the tournament but then I really began enjoying myself. My mom and dad gave me a lot of support and my dad told me to keep my grips dry on the driving range when it started to rain and that advice really helped me during my round. I am really excited now to play in the Sun City U15 Challenge and more of the national junior events.”