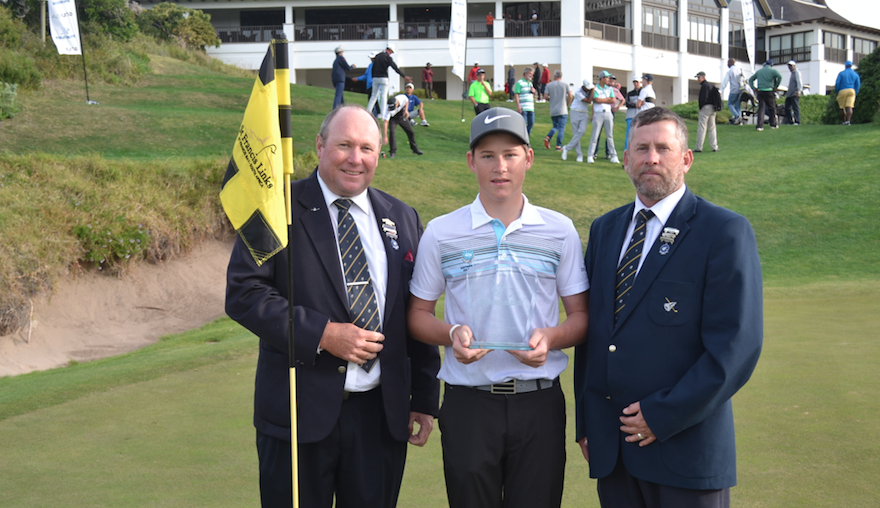 Southern Cape’s Barend Botha broke through for his first big title when he defeated Western Province’s Ayden Senger in a playoff for the Nomads Coastal NOoM title at St Francis Links. The 16-year-old from Oubaai shot rounds of 71 and 72 to squeeze into the playoff after Senger bogeyed the final hole, with Yurav Premlall and Martin Vorster finishing a shot further back after both dropped a shot on the 18th. 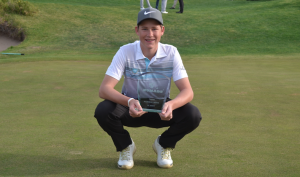 Despite nursing a sore back, Botha has put together some good results over the last two years, including top 10s in the 2018 Nomads SA Boys U19 Championship (tie-9th), the 2017 Sun International Africa Junior Open (tie-5th) and the 2017 Nomads SA Boys U17 Championship (tie-6th). This time, however, he did enough to get his first national win, as he made birdie on the first extra hole.

Thanks to his NOoM victory, Botha has now moved up to third spot on the SAGA Under-17 ranking.