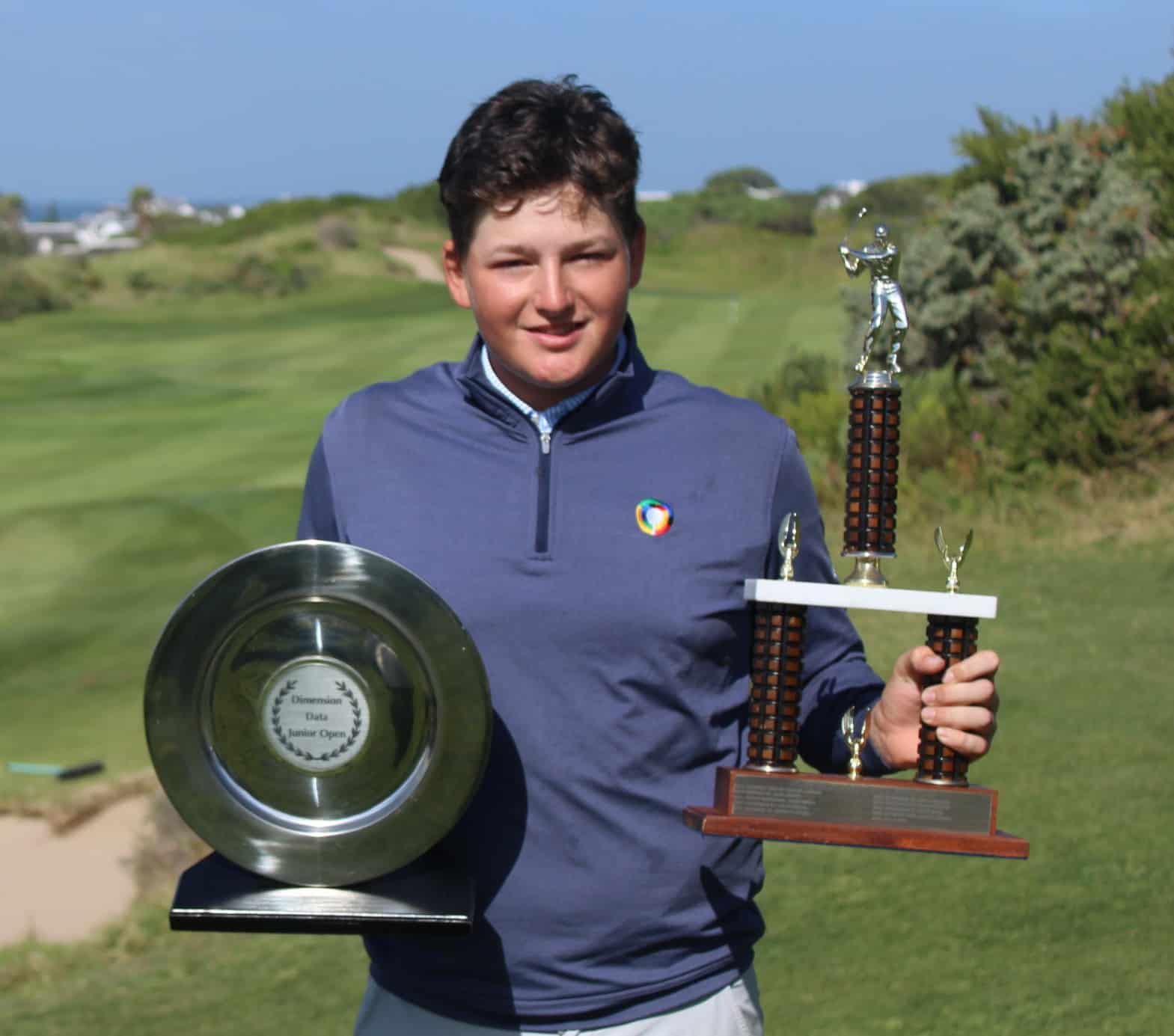 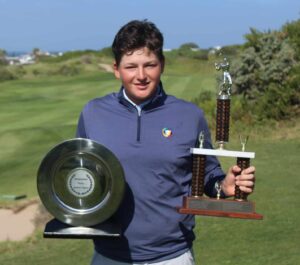 KwaZulu-Natal’s Dan Bennett made his much-anticipated tournament breakthrough when he won the Nomads SA Boys Under-17 Championship and Dimension Data U-19 Junior Open in St Francis.

Bennett was inducted into GolfRSA National Squad earlier this year after playing only a handful of tournaments since his family moved back to South Africa from Canada.

He has impressed with some fine performances on both the Open Amateur and Junior circuits since February, and the dominant double in St Francis boosted the Beachwood golfer to the top spot in the U-17 rankings and fourth in the U-19 standings.

“It feels amazing,” he said. “It’s such an honour to play on these great courses in these big events. Conditions were tough over all three days, but I played well. The key for me was to keep the ball in play and limit my mistakes. I looked to make pars and then take my birdies when they came.

“I want to thank Nomads and the Sunshine Tour for giving us these opportunities and GolfRSA for all they do for junior golf in South Africa. Thank you also to the staff at St Francis Links and St Francis Bay, who went out of their way to make these events so memorable for us.”

The two tournaments were played concurrently, meaning that the Under-17 and Under-19 players played alongside one another.

The first two rounds were alternately played at St Francis Links and St Francis Bay Golf Club, and the final round was contested at the Jack Nicklaus signature course at St Francis links.

For Bennett, it resulted in two tournament wins in one, as he swept both events to claim his maiden national titles in style. The 16-year-old shot rounds of 74, 69 and 75 to triumph by three shots over fellow GolfRSA National Squad member Amilkar Bhana.

Bhana, looking to add the Under-17 title to his Under-15 and Under-13 collection, started the day with a one-shot lead, but quickly fell behind as the 3-club wind took its toll on the leading group.

Bennett bounced back from a bogey, double-bogey start to make three straight birdies from the seventh hole. He took command of the tournament with another birdie at the 11th.

Bogeys at the 13th and 14th gave the chasing pack reason to hope, but another birdie by Bennett on the par-five 16th saw him place one hand on the trophy. Not even a nervy finish, with a three-putt bogey on the 17th and then a hooked tee shot into the water on the final hole, could alter the outcome, and a relieved Bennett knocked in a double bogey putt on the last for the three-stroke victory.