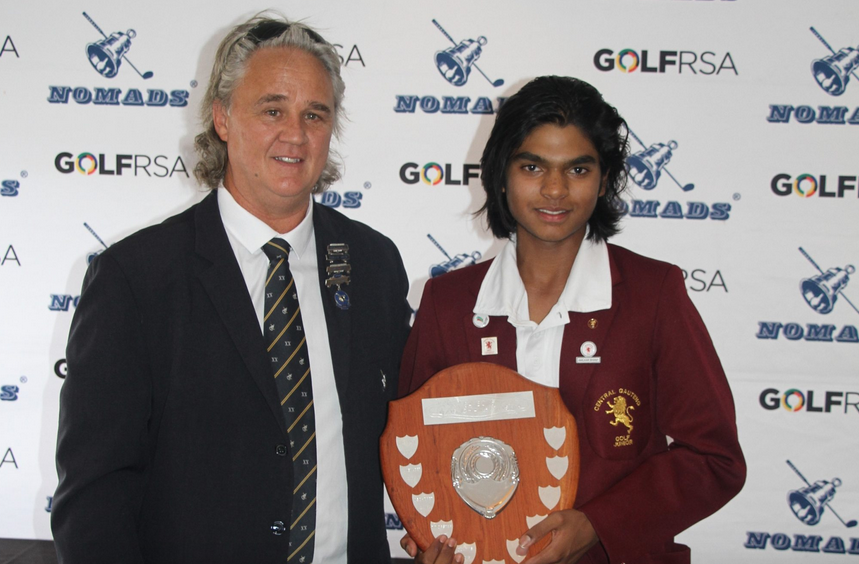 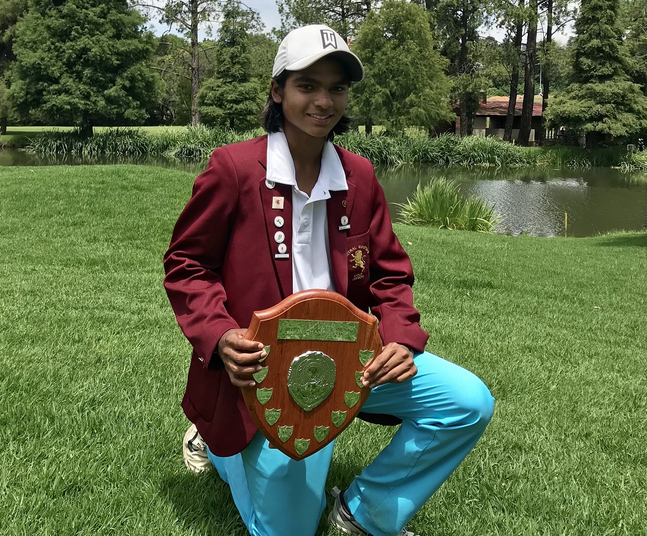 The Country Club Johannesburg golfer was quick to thank all those who played a part in the event, but reserved a special mention for Nomads.

“I would like to thank Uncle David (Younge) from GolfRSA for setting us a really challenging test at Killarney to help us gain experience. A big thank you also to Andy Truluck from Central Gauteng Golf Union for his guidance and support and to the principal and the teachers at Crawford College, who always inspire me to reach for my goals.

“My biggest thank you is on behalf of all the juniors – thank you Nomads South Africa, because without your sponsorship we wouldn’t have all these great junior events where we can compete and improve. We are very grateful for your support and your funding.”

Having won both his Nomads SA Boys Under-13 titles with runaway victories, Bhana looked a shoo-in for the win after rounds of 67 and 71 at Killarney Country Club.

He started the final round with a six-shot lead over Jere Brits from Western Province and a seven shot advantage over Strooh, however, distance control problems forced the 14-year-old Country Club Johannesburg golfer into a battle for glory.

Bhana surrendered six shots to the field over the first 13 holes. He birdied the par five 15th and closed with a 75 to finish on three-over 213, but Strooh posted an impressive two-under 68 to force the tournament into extra time.

“It took three trips down 18 before I beat Hannes with a birdie,” said the delighted grade eight Crawford College learner.

“This was one of the toughest weeks of my career and also one of the most satisfying. I learned some serious lessons this week, and I’m really proud of the way I hung in there and never stopped fighting.”

Bhana had a growth spurt towards the end of 2018.

He noticed during the practice round that he was struggling with distance control. “I noticed that I was hitting everything a club and a half longer. I was flying almost every green by 15 to 20 feet, especially my 7-and 8-irons and my wedges. I got away with it on some holes with great chipping, but it landed me in trouble on other holes,” he explained.

“I managed okay in the first and second rounds, but I really battled in the final round. Hannes played unbelievably well. He made very few mistakes and put a lot of pressure on me. I had to get really creative and think out of the box, because every shot I hit flew the green.”

“We halved 18 in pars on the first two playoff holes and on the third trip the ball finished pin-high left and Hannes was on the right. I knew I had to go for it after his birdie putt missed.

“My putt was about 18 foot and I aimed it straight for the hole. The ball held the line and it was such a relief when the ball dropped. Mentally, it was one of the toughest weeks of my career and I learned a lot about myself this week. I had to stay focused and I never stopped fighting. It’s a great feeling to know that you can win even when your game is not there.”