Are you ready for the Rules Changes of 2019? 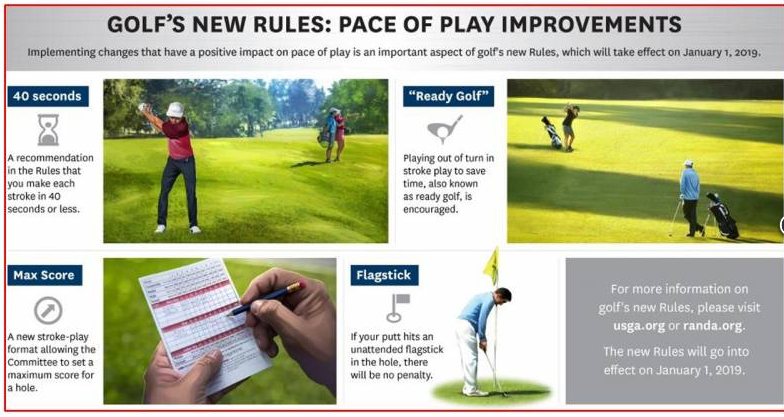 By now, most Nomads will know that there are some interesting and, in many cases, long overdue rules changes coming in 2019. But are you familiar with what is going to change? How will it affect you?

Well for starters, here’s a quick summary of what to expect – for the best understanding we suggest you contact GolfRSA to find out when they are holding their next rules seminars in 2019 (there are still a few seminars to be run in 2018). Also, check out the GolfRSA Facebook page to see some of the videos explaining the new rules changes.

Here’s a brief summary of what to expect: