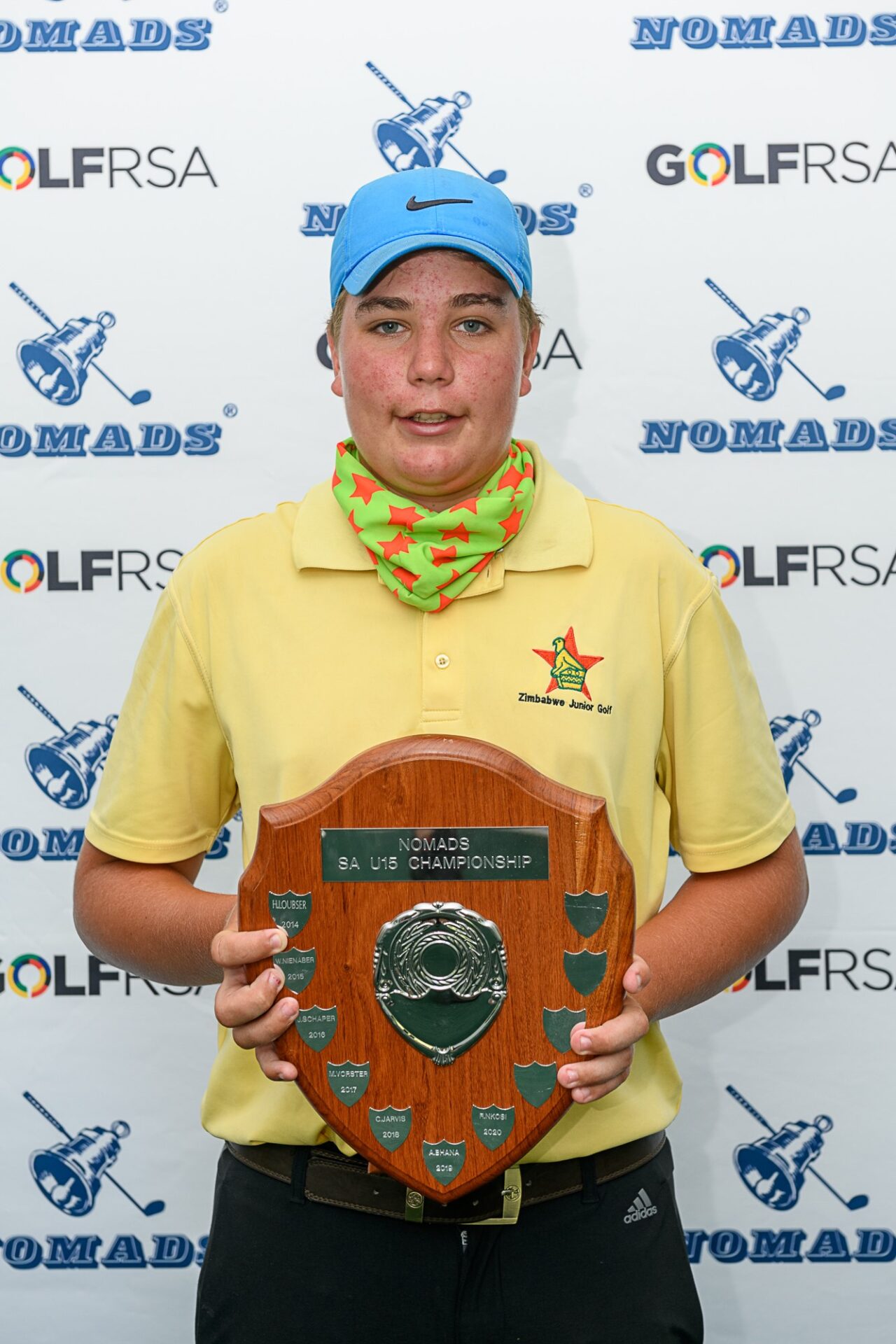 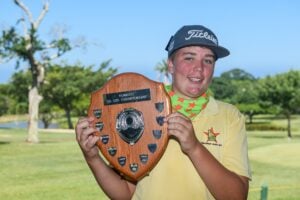 Keegan Shutt  celebrated his first victory on South African soil when he claimed the prestigious Nomads SA Under-15 Championship at Selborne Golf Club.

The 14-year-old from Zimbabwe, who also finished in a tie for fourth in the Nomads Coastal National Order of Merit event a few days prior, shot rounds of 75, 71 and 75 to win by two shots over GolfRSA National Squad member Marno Lange on five-over 221.

“I’m really, really pleased to have pulled this one through,” said the Chapman Golf Club member. “I want to give my coach back home, Roger Bailey, a shout out and thank my parents for their support. And, of course, a massive thanks to Nomads for supporting junior golf in these difficult times. Also big ups to GolfRSA for everything they did during the tournament with the Covid strategies to keep us safe during the two tournaments.”

Shutt opened with a 75 and trailed first round leader Ben Weber by four shots, but a solid performance in the second round rocketed the Chapman golfer to the summit.

He began the final round with a three-shot lead over Johndre Ludick from Eastern Province, Southern Cape’s Reinhardt Uys, Ekurhuleni’s Lange and Akil Maduray from KwaZulu-Natal.

“The wind was up again in the final round, especially after the turn. I played well and putted well, but the last nine holes were tight. It was a relief to know I had a couple of shots in hand playing the final hole.

Ludick, from Graaff Reinett, was the top performer from the South African Golf Development Board group. He carded rounds of 76, 73 and 81 to finish eighth overall on 14-over.